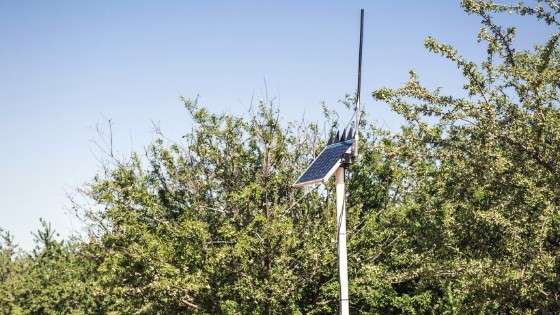 Posted at 11:18h in Fruit and Nuts by SST_Site_Admin 0 Comments
Share

The following case study was prepared by Peter Keynes, from Total Eden Renmark.  Peter has been working

with Sentek probes for many years, and has an excellent understanding of the benefits to growers

when soil moisture is managed.

In this particular year, the grower who had been using approximately 30 x EnviroSCAN Probes (6 x RT6 Loggers) to schedule their irrigations across the property, suddenly decided to use an Evaporation Pan to assist with irrigation scheduling in late November.

The data from November shows good irrigation, with water spreading laterally to the 60cm probe, and down to about 60 – 80cm deep. The trees were looking very healthy, and the crop potential was very good.

On the 4th and 6th of December, they decided not to irrigate the almonds, as the calculators they were using with their Evap Pans suggested that they had already applied enough water when going off the Industry crop factors and their Evap pan readings.

You can see the result of the non-irrigation on those days. It started a process of losing the lateral spread.

In fact, by late December, they were struggling to push water to 60cm on the probe only 20cm from the dripper.

By Mid January, irrigations were wetting laterally to 40cm, to a depth of 40cm. Tree health had declined, and nut size had not reached its full potential.

Harvest takes place in late February, Mid March, and whilst they had applied more water in February as evident by the reaction of the 20cm probe, the 60cm probe does not see water until very late March – April.

The result of this poor irrigation was very costly.

Below is a video from Sentek’s dealers conference of Peter Keynes talking through this case study.